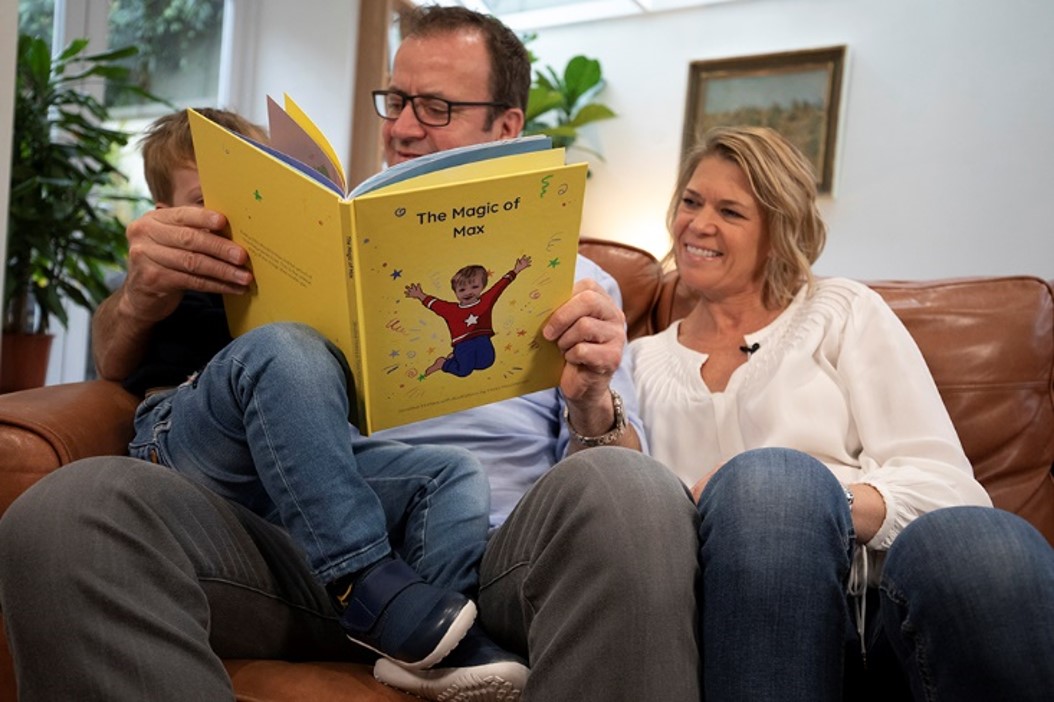 Sali, the creator of The Magic of You, explains why telling your child early they are donor conceived is vital for a healthy relationship

The percentage of heterosexual parents who plan not to tell their child they are donor conceived is, to me at least, surprisingly high.  A decade ago, studies showed about half of all egg or sperm donor families intended to keep secret the origins of their child.  Whilst this figure is likely to have fallen over the last few years as more fertility and counselling professionals encourage openness, that still leaves a lot of donor families keeping a secret.  Whilst I understand that cultural or family taboos may make being open with your children difficult, I think this may be something you want to keep private within your family rather than a secret you keep from your child.  Here are five reasons that you should tell your child they are donor conceived, and tell them early:

1.      Keeping the secret that your child is not genetically related to you will be harder thank you think

The first is a practical reason relative to the here and now. We live in an age where you can spit in a tube and send your DNA off for testing as easily as ordering a pizza.  A quick browse through stories on the internet highlights how easy it is for people to track down genetic relatives using DNA home testing kits. DNA analysis is routine and will only become more ubiquitous.

In this world of readily available DNA testing, can you really expect to keep the secret that your child is not genetically related to you?

The second reason is an emotional one and it involves trust.  If you lie to your child and they find out you lied (and withholding the truth from them will, in their eyes, count as lying), you will have betrayed their trust and they may never get over the hurt that will cause them.  In her insightful article, Suzanne Handler MEd lists the reasons secrets within a family could cause harm.   She points out that children are quite perceptive and may realise you are keeping something from them.  If they somehow discover the truth from someone else, or perhaps that ubiquitous DNA testing, they will feel that their world has been shattered.

Kim Bergman, author of Your future family, urges parents to stop lying about their Child’s origins.  When she found out that her mum had lied to her about her father, she says, “I actually had a mini identity crisis because the story of my life was that my dear, loving father had died in a car accident while my mother was pregnant with me. So, I can tell you from personal experience that finding out your real story when you’re 18 or 20 years old is not ideal. I know that my mom thought she was protecting me from a story she thought would be hard for me to accept or understand, but the truth is always the best way to go.”

If you tell the truth, you are being honest and even if you need to keep the truth a secret in your immediate family, that will strengthen the bond between you.

3.      Being honest will ensure your own psychological and physical wellbeing

The third reason is about your own emotional and mental wellbeing. It takes a terrible toll on your psyche to hold a deep secret that you know could upset someone.  It’s even worse if parents must destroy all evidence and create new lies on top of lies to keep the truth hidden.  They will need to lie to family, pediatricians and friends: if anyone knows, there is a risk the child will find out.  The impact on the parents is not just potential anxiety, but the effects can be physical too, as Gina Roberts-Grey points out in her article The Truth is Lying makes You Sick.  She quotes Reef Karim, an assistant clinical professor of psychiatry at the UCLA Semel Institute for Neuroscience: "As a result of all that guilt, or related anxiety and stress, you begin to physically feel the effects of the lies. There's definitely a connection.  Your immune system could become compromised because your body is stressed, making it harder to fight off colds and flus. For some, it’s an immediate effect, for others it’s a slow build of physical problems, like headaches."

Suzanne Handler agrees, and point points out that, “physical symptoms such as anxiety, headaches, backaches, and digestive problems often can occur when disturbing secrets are internalized, rather than shared, especially over a long period of time.”

4.      Donor conceived children who are told early have a more positive experience than those that find out later

The fourth reason is about the mental and emotional wellbeing of your child.  There is empirical evidence that shows that donor conceived children who never remember a time when they didn’t know they were donor conceived, have little trouble with the concept and hardly give it any thought.  The ethics committee of the American Society for Reproductive Medicine (ASRM) advocates early disclosure to donor conceived children and cites the benefits of telling early as:

A key to telling is telling early.  A fairly recent academic study cites a study carried out in 1998 involving adopted families which “show that the earlier children were informed about their adoption, the better the outcome in terms of their emotional and identity development, and it is now recommended that children are told about their adoption in the preschool years”.

Donor conceived children will naturally experience some curiosity at some point about their biological parent or half siblings, and this should be gently supported in the spirit of openness: it is natural for people to want to know where they came from and our genetics are a big part of who we are.  If you started the conversation early and continued talking about the donor in an open and positive way, then supporting your child through wanting to know more should follow naturally.

5.      Children have a right to know about their donor, even if the info you have is limited

Although last in my list, this is potentially the most important reason to tell your child they are donor conceived.  Heterosexual parents do not set out to have children via gamete donation: it is usually after a long and arduous battle with infertility that they come to this means of having children.  Since the journey to pregnancy is difficult, often parents can think about this as their story – it’s easy to forget that there is (happily!) a human being at the end of it, and this is a story that human will live with for the rest of their life.  They have a right to know, at minimum, how they were conceived, and ideally all relevant medical history about their donor.

Gay couples come to having children (if not adopting) knowing that they will need the help of egg and sperm donors. But their offspring still have the right to know the medical histories of their donors and will benefit from talking about them openly in the same way children with heterosexual parents do.   Gay dads may find it easier to talk to their young children about the gestational surrogate who gave birth to them, and as Jeff Levin, points out, for very young children the “information that the gestational surrogate carried them is good enough.  For now.”  But at some point, they will need to talk to them about the egg donor: she is part of the child’s story in the same way the sperm donor is for the children of gay mums.

For all these reasons, you should be proud of how you created your child, be proud that you wanted them enough to go to such lengths.  Tell them early how they were conceived and be honest with them about what you know of their donor. Tell them however you like, but do tell them.

Sali's photo courtesy of the DCN